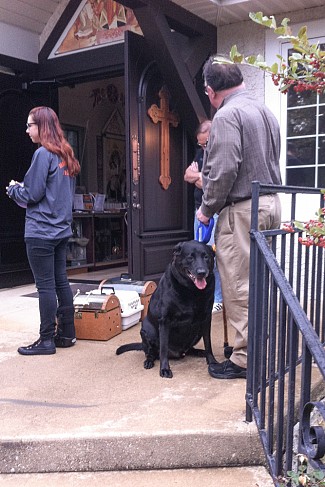 On October 8, 2016 Fr. John Perich blessed the pets of parishioners and friends in a service outside of the church.  Several types of pets were blessed and those  who participated enjoyed the service hoping it becomes an annual event.

On October 9,2016 St. Herman of Alaska parish welcomed the Konevets quartet.  They sung the responses during the Divine Liturgy and provided a concert after church.  This is the second time the quartet has visited St. Herman's while touring the United States.

The weekend of November 4th,5th and 6th St. Herman's held its' annual Festival.  Along with the church tours, food and baked goods for sale we welcomed a special icon of the Theotokos. Several priests, deacon and proto deacon concelebrated the Divine Liturgy with Fr. John Perich.  The parish was blessed to have the icon of the Theotokos  with us as we welcomed many visitors to our church.

On Sunday, November 6th the St. Tikhon's Seminary Choir and the St. Tikhon's Monastery Chamber Choir sang the responses to the Divine Liturgy. The Chamber Choir has performed concerts in NYC, Washington D.C. as well as other cities to great acclaim. Fr. Dennis Swencki, Fr. Steven Voytovich and several other priests and deacons concelebrated the Liturgy  with Fr. John Perich  as representatives of our beloved Seminary. Parishioners graciously contributed by making a donation to the Seminary. 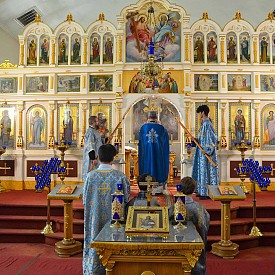 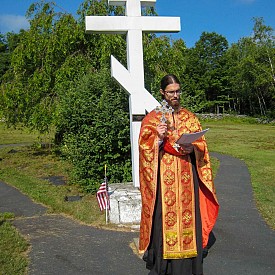