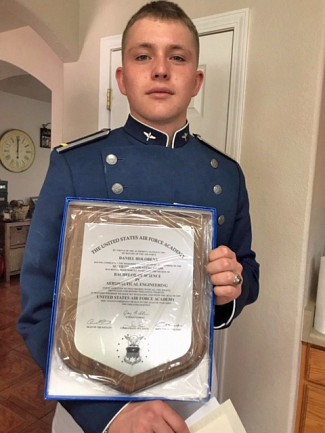 On Sunday June 10, the coffee hour after Divine Liturgy at St. Nicholas Orthodox Church in Bethlehem, PA was hosted by Donald and Guliana Holobeny, to honor their son, Daniel. Daniel graduated from the United States Air Force Academy, Colorado, with a Bachelor of Science in Aeronautical Engineering, and commissioned as a Second Lieutenant in the U.S. Air Force.

A video was presented, in Chernay Fellowship Hall, with pictures from his graduation. Some are included in the photos that are attached. Congratulations to Daniel and his family.

“May God Grant Daniel Holobeny and his family Many Years”.